Few realise the implications of a single such fault for the rail industry’s many stakeholders. That’s because few take to heart that a dominant noise sets the noise level of the train as a whole. With policy ambitions crystallising into national regulation, noise emissions are impacting line operators’ efforts to increase freight capacity. It reduces the routing options for new lines. 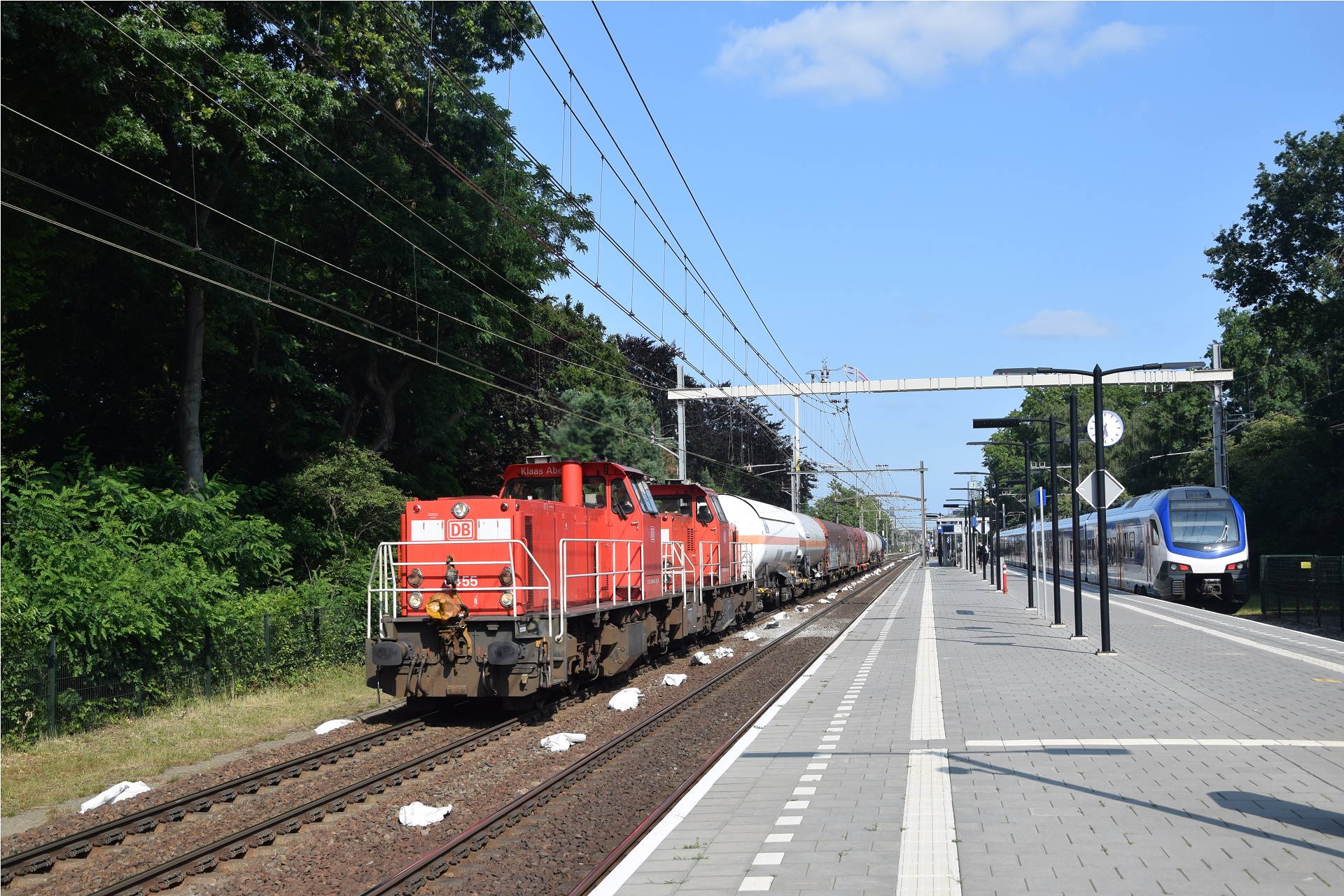 Several kinds of wear or fault in a wagon will lead to the kind of hammering noise our cargo gremlin is dishing out, but few realise the implications of a single such fault for the rail industry’s many stakeholders. That’s because few take to heart that a dominant noise sets the noise level of the train as a whole.

A bottleneck in the greening of cargo transportation

One bad axle impacts the sleep of those along the route, but it also impacts health services for whom interrupted sleep translates into higher incidence of high blood pressure, stroke and heart disease. Ultimately, a noisy axle is a dead weight on all the efforts to increase rail cargo capacity.

Providing a way to get the noisy bogeyman – the damaged wheel or faulty axle – off the train is the aim of NEMO, the EU Horizon 2020-funded project. It’s hoped that by enabling maintenance to be planned for the exact source of a noise problem, a bottleneck in the greening of cargo transportation can be removed.

“What people don’t realise is that the highest contributor of noise dominates everything else,” says Nathan Isert, a 42-year old noise research specialist at Müller-BBM Rail Technologies,  a NEMO project member based near Munich.

“Say a wheel has developed a flat on its running surface from emergency braking” he says. “With each revolution, the axle will suddenly fall as the flat touches the rail head and then bounce back, effectively hammering the rail and bogie above. That one fault has now changed the sound emissions of the shipment as a whole.”

Historically, early rail routes were built without consideration for noise. More recently lines were subject to noise quotas, though only during the planning stage of construction. Train capacities were calculated on the basis of normal, well-maintained TSI- (Technical Specification for Interoperability) compliant vehicles. The planning process naturally addressed land and infrastructure as it was. That meant fewer trains than today, and fewer residents in close proximity to the lines. Trains ran less frequently at night.

But things have changed. Land has been developed. Land use has shifted and cargoes must be transported at night to enable an expanding working population to take the train by day.

Against this backdrop, the EU and many national regulators are increasingly seeking to protect residents from the resulting noise burden.

The freight industry has been engaging with these policy ambitions since the noughties.  More recently, there have been bans of noisier braking systems in Switzerland and Germany.

The Swiss Laute Güterwagen (loud freight cars) law and the German Schienenlärmschutzgesetz (Loud Freight Trains Prohibition Act) caused the largest German freight train operator, DB Cargo, to replace noisy iron brake blocks on 63,000 wagons. Ostensibly this has led to a retrofitting of all freight wagons in Germany and Switzerland and thereby to a halving of the perceived noise of a freight shipment. Although cargo trains are frequently measured at 80+ decibels (dB), the logarithmic scale used for measuring noise means a bystander experiences the 10 dB reduction that can be achieved by swapping iron cast for composite brake blocks as a near halving of the noise.

In January 2021 the German Government and Deutsche Bahn went further, announcing an initiative to add 125km a year of mixed line and stock noise abatement measures to German lines. It is intended to add 1250km to an existing 2000km of noise-abated routes by 2030.

Since rolling stock is by definition trans-continental, a single national act of regulation frequently impacts the continental European industry as a whole. 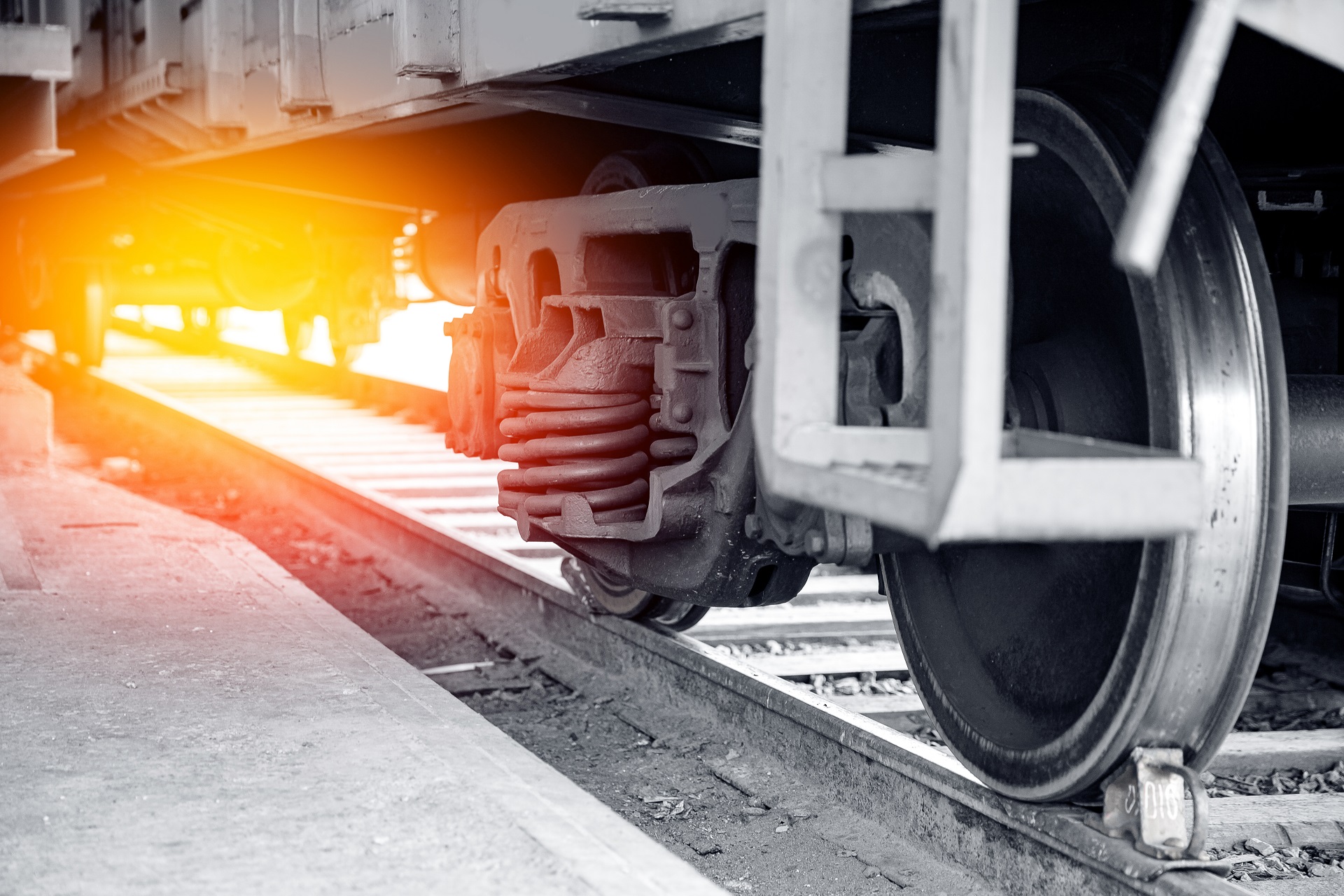 One bad axle impacts the sleep of those along the route, but it also impacts health services for whom interrupted sleep translates into higher incidence of high blood pressure, stroke and heart disease. (Photo: Shutterstock)

Who owns the problem

Isert says the ultimate stakeholder is the national regulator, but things get predictably more complicated as one traces down to the individual wagon where a fault may arise.

Railway line operators face the large part of the regulatory burden. Train operators face higher costs when line operators reduce vehicle numbers to hit average noise limits. The owners of individual wagons are the ones who can commission repairs and have faced considerable costs for brake upgrades, reaching €200m in the case of DB Cargo.

It doesn’t stop there, penalties are being brought to bear. A non-compliant shipment can incur a €50,000 fine in Switzerland, while in Germany rail carriers are reportedly charging €1500 if they come across a wagon with the older iron brake blocks.

Not only penalties and fines, but also pricing is being considered. Germany has made public its plans for train path pricing systems, which adjust industry fees based on the level of noise emissions or installation of mitigating tech.

With so much at stake, the NEMO team is currently working to bring together an array of technological solutions into a unique monitoring system.

“The technology we are assembling will include microphones to measure the noise, cameras to capture the UIC (International Union of Railways) identification number and brake type, as well as further instruments that will localise a noisy fault to an exact wagon on a train,” says Isert.

A software system must analyse the noise measurements and isolate each wagon by virtually filtering out the neighbouring wagon’s noise. The UIC number is character-recognised and pinged to a database for verification whereupon key metrics are associated with a noise record.

Separate instruments have by now identified the exact axles involved and software then classifies the difference between the loud noise of a wagon and the noise limit. This comes from the European Commission, which has published TSI  levels for particular types of wagons . In this final software step, the noise measurements are normalised for the benchmark train speed of 80km/h.

“It’s a lot of data, but we keep it simple by employing a traffic light system,” says Isert. “Where an individual wagon is more than 3 dB louder than the limit, it will get a red light,” he says. “This way a single intervention to reduce noise from that fault can realise benefits for the entire system.” 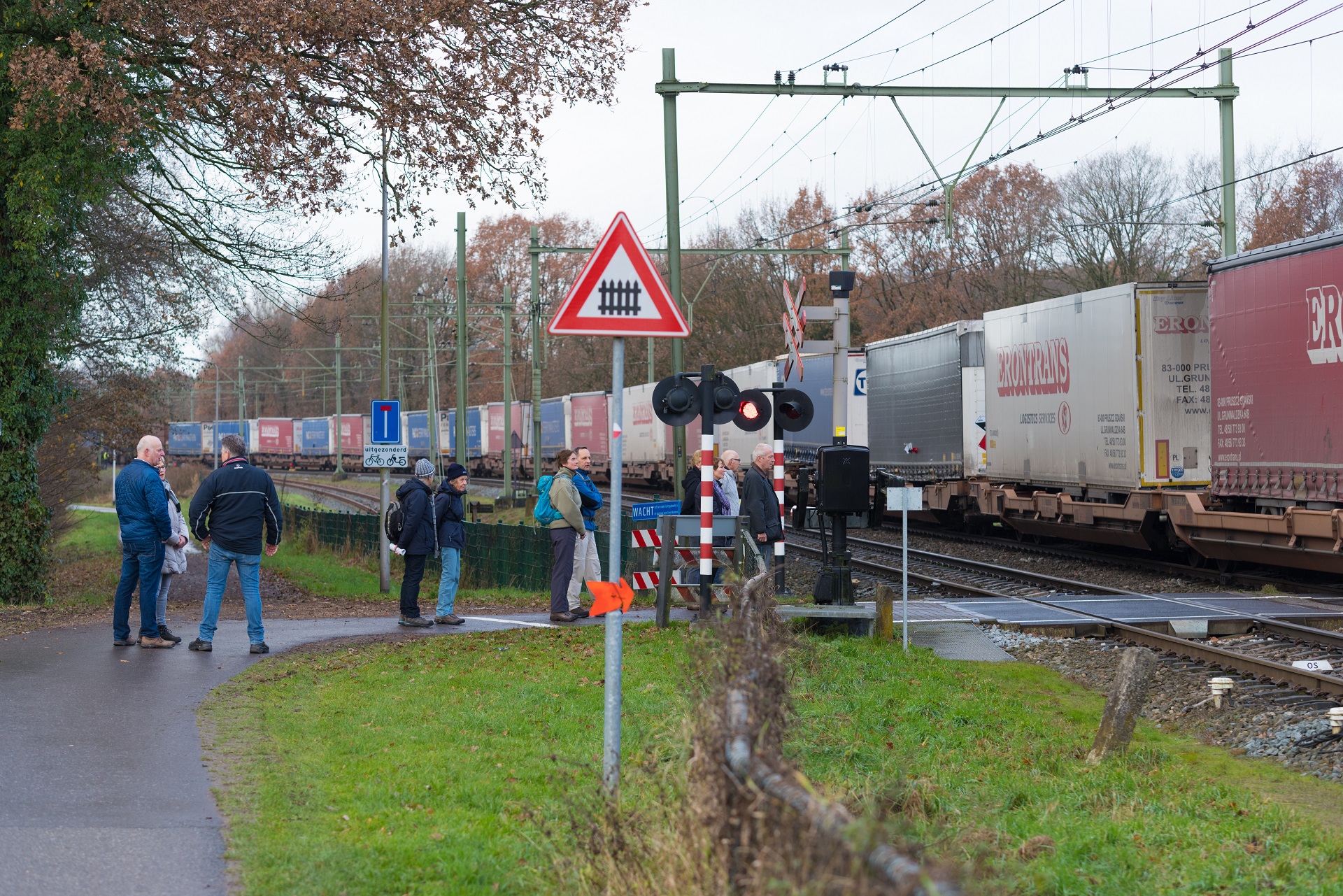 Close neighbours. Though the planning of new routes seeks to separate people from noise, for historical reasons communities and cargo routes often exist side by side. (Photo: MBBM Rail)

The Nemo team is working with industry partners on a demonstration of the technology which will take place in southern Netherlands in Spring 2022.

The rail demonstration is part of a wider remit to pioneer European technology innovations which can identify outliers whose emissions are particularly excessive. Research for NEMO conducted in Madrid, for example, has already demonstrated that just a few vehicles are responsible for the lion’s share of air pollution.

Outlying road vehicles, trains and ships will be identified, and other pollution mitigation measures. The overall project goal is to radically reduce emissions in cities by 20% for noise and 30% for air pollution.

Nathan Isert believes there are considerable benefits for all involved in identifying outlier problems in the rail system: “It really comes down to the acceptability of the industry,” he says. “Huge investments can go to waste if we don’t find a way to identify these noise faults and communicate them to owners and operators so corrective action can quickly be taken.”

“Hopefully, we will reduce noise that is essentially unnecessary, while reducing costs for the companies involved and disturbance for those nearby,” he adds.

A hammering noise from a wagon is localised by sensors and classified.

+0 dB or less
Within normal noise range for current vehicle 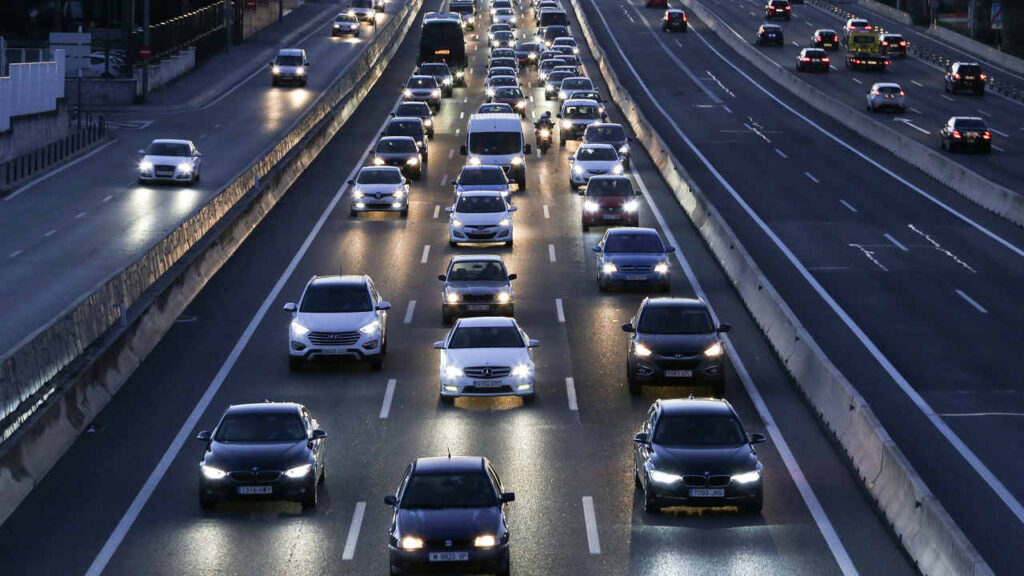 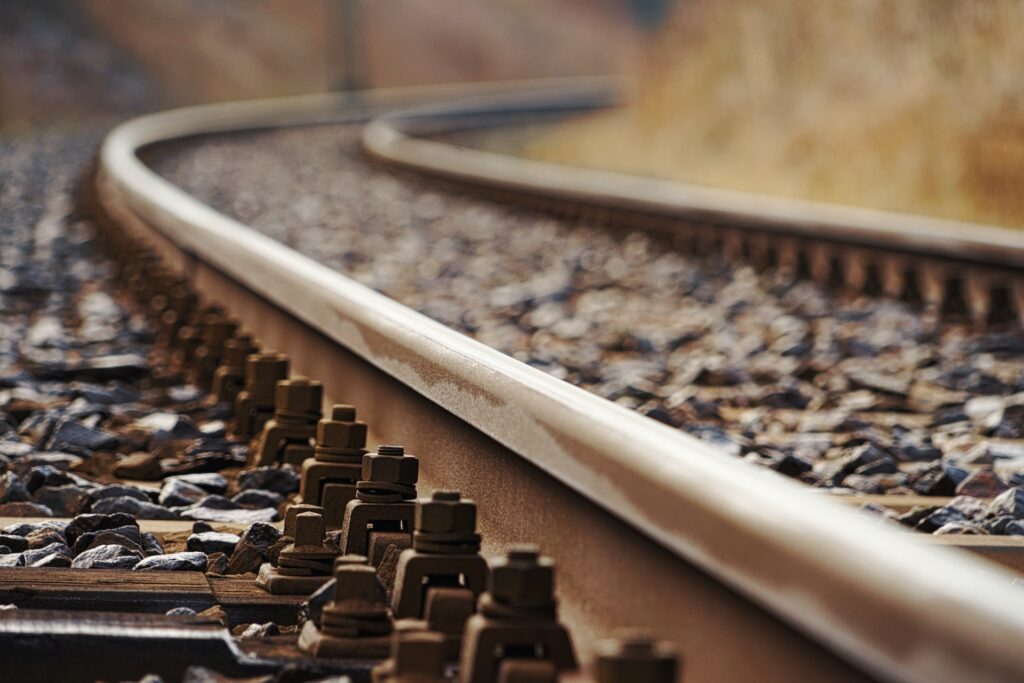