The new guardians of clean air and quiet city streets

Slowly but surely we learned to love speed cameras. So will city dwellers accept a new technology that watches, listens and issues fixed penalties in exchange for clean air and restful nights? 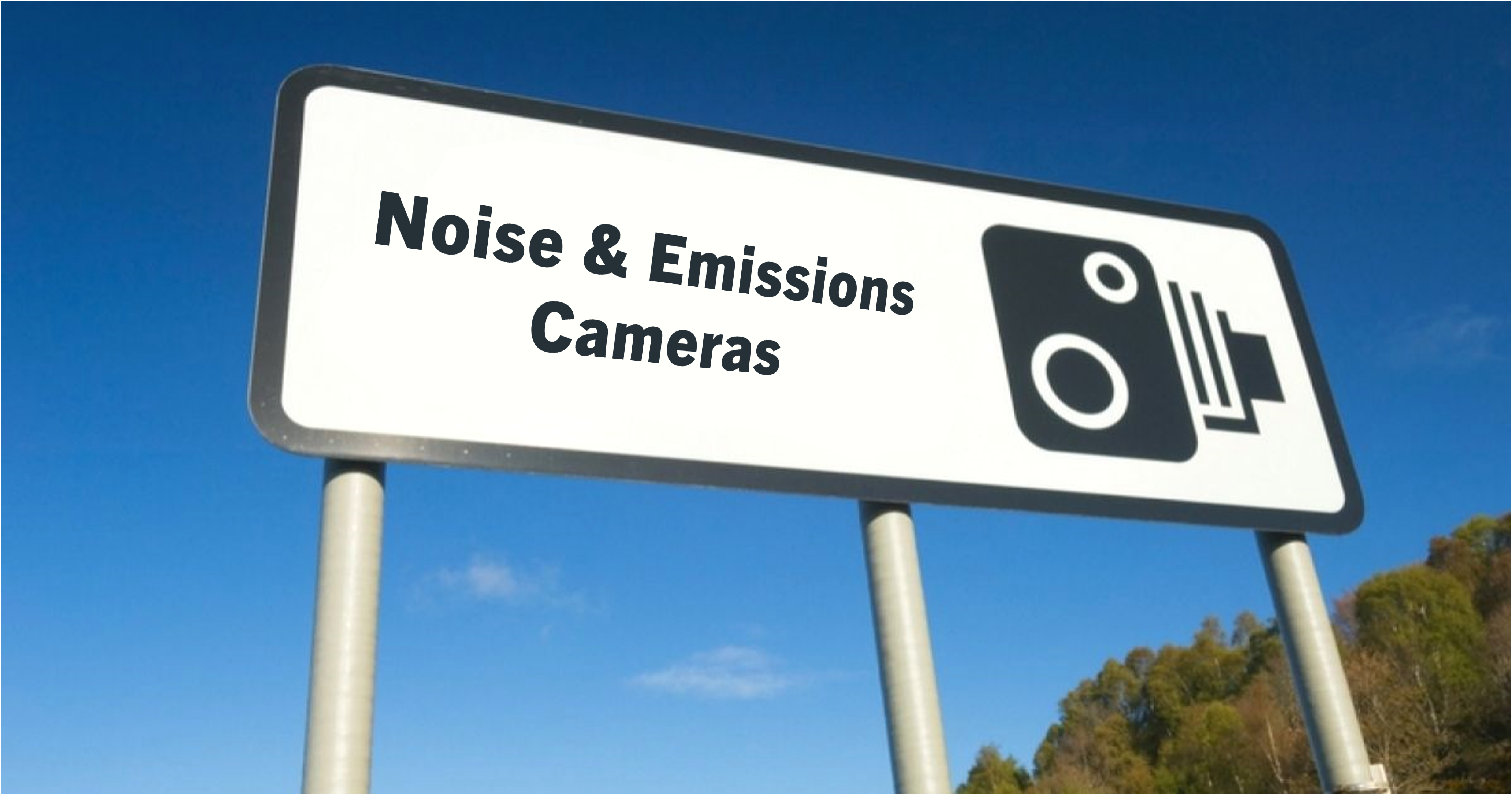 Picuture for illustrative purposes only, and does not reflect a real traffic sign.

No-one likes a speeding ticket. Some complain about speed limits. But communities have learned to accept speed cameras. Over thirty years now, they’ve seen driver behaviour change. And by one measure it’s clearly been worth it. Child fatalities are down by a third (1).

So could urban communities learn to love a new breed of intelligent sensors, which can issue warnings to a driver within 10 seconds, or fines to those who persistently break noise or air pollution emission limits?

It’s the gradual, sometimes faltering, emergence of the “smart city” that poses this question of so-called legitimacy. The new smart city isn’t just able to turn traffic lights red or green to make roads flow smoothly. It can sniff the air. It can raise an eyebrow when a noisy delivery might wake its slumbering workers. Its remote sensors see that black plume of smoke from a poorly maintained lorry, just like the breakfast diners at a nearby cafe terrace.

Combine these new sensory abilities with number plate recognition and a link to public records, and city sensors promise to pull off the same trick achieved by the speed camera. They could, their proponents hope, change behaviour by making it an expensive proposition to bring a poorly maintained or very noisy vehicle into the city.

The history of the slow but growing public acceptance of speed cameras is encouraging. In Europe the first fixed cameras went into operation in 1992 in West London, following earlier tests in Australia. They were found to lead to a 70% reduction in fatalities at the camera site over the first three years of operation (2). Over time, the yellow boxes on grey poles have grown in acceptance and by 2017, 60% of survey respondents agreed that they saved lives, with only 29% believing there were too many speed cameras in operation, compared with 47% in 2008 (3). It’s estimated between 390 and 750 fatalities are avoided each year thanks to speed cameras and tickets in the UK alone (4).

The technology is finally here…

But will pollution and noise sensors follow a similar trajectory? Just because a remote sensor unit could watch passing tailpipes and pinpoint poisonous molecules, should it? Just because a street equipped with sensors could protect residents from psycho-acoustic stress, should that array of microphones be constantly listening? The technology is here, but when residents weigh the health benefits and clearer skies against surveillance, data collection and penalties, will they decide it’s worth it?

Norwegian research scientist Truls Berge has recently returned from an Austrian test track where he’s been testing the remote sensing technology. He and a team from the EU-funded project, NEMO, brought with them boxes of elaborately named radars, lasers, microphones and cameras and mounted them on the kind of metal gantry that arches over a racetrack finish line.

“The testing went fairly well, in spite of challenging weather and some communication issues between the sensors. We need to study the data, but the technology promises to improve the health of people in the city,” says Berge, who works out of the independent research institute SINTEF in Trondheim, Norway.

NEMO’s test track trials will give way to public pilot projects with the cities of Florence and Madrid. The familiar camera for recording licence plates will be accompanied by quantum cascade lasers which can quickly analyse vehicle exhaust emissions in real time. Additional instruments will link sounds captured by an array of microphone with a particular vehicle.

Controlled trials are good for testing the technology, but Berge is also interested in seeing how residents react when they see the sensors in place: “It’s important to understand whether Europe’s city dwellers will accept this kind of technology in their cities,” he says.

His question is all the more relevant now. The principle policy instrument city authorities have used thus far to clean up city air has been facing challenges in the courts.

…but is it smart enough?

In March, a court in Spain blocked the city of Barcelona’s existing Low Emissions Zone (LEZ), not because it’s smart, but because it’s dumb. The Justice of Catalonia found that the city’s 95-square-kilometre zone was too big and too blunt an instrument. Too many vehicles were excluded from the city without solid justification. Specifically, a fundamental right to freedom of movement was being curtailed without any evidence linking the vehicles excluded with the excessive pollution levels in the city centre.

In fact, the court heard, vehicle types unable to enter the zone were sometimes low emitters. Newer vehicles, which were allowed in, sometimes emitted large amounts of pollution due to poor maintenance.

The case may be appealed, but on the face of it, Spain has a big problem. Within a year, 150 Spanish local authorities were due to face legal obligations to follow the Barcelona model and introduce Low Emissions Zones. The court case calls into question the legitimacy of these, and even other leading LEZs across Europe.

So could remote sensing offer a less invasive and more acceptable alternative to emissions zoning. Instead of banning thousands of vehicles based on vehicle type certifications, remote sensors would identify only those vehicles actually causing high exhaust or noise emissions. Rather than a one-size-fits-all exclusion, selected vehicle owners would get warnings or fines.

According to the NEMO team, this yields some low-hanging-fruit effects as well. In large-scale testing in Madrid, NEMO researchers found that just 4% of vehicles emit a whopping 41% of air pollution emissions. Vehicles in general contribute the lion’s share of noise emissions as well.

So, will residents judge that the gains are worth the pain?

The health impact of noise and air pollution is well-researched. In 2015, a study undertaken by the European Environment Agency found that 550,220 premature deaths were attributable to air pollutants, with vehicles contributing up to a half of these for some emission types.

The impact of noise pollution on urban health is less appreciated, but 140 million Europeans are exposed to noise levels above 55dB, with 11 million suffering from disturbed sleep. Some 20,000 fatal heart attacks are linked to noise pollution from road and rail every year and noise pollution is estimated to cause a loss of 1.5 million healthy years in the EU (5). In urban areas, vehicles account for 80% of noise pollution, followed by rail traffic (6).

Ever woken up feeling groggy even though you don’t remember getting up during the night, or getting to bed late?

“What we’ve found is that even if loud traffic noises don’t wake a person, their sleep is measurably disturbed,” says Truls Berge, a NEMO participant and research scientist at the Norwegian independent research institute, SINTEF in Trondheim. “Over time,” he adds, “many will experience health issues.”

In the current phase of the NEMO project, the sensors are being tested in roadside conditions and the informatics are being put through their paces. Alongside the high technology to ‘read’ the plume of emissions from the tailpipe and analyse it in real time, licence plates need to be scanned and reconciled with public records. There are legal and privacy issues to be worked through. Laws will be required to enable remote sensing, just as an Act of Parliament preceded the first trials of road-side speed cameras in the UK.

“We need an open discussion about what monitoring pollution and noise from individual vehicles will change in people’s lives,” says Karolina Huss, a project manager at one of the NEMO member organisations, Gate21 in Copenhagen.

Huss knows that the project will need to carefully explain the technology, and also listen to any concerns about the legitimacy of sending a traffic ticket to a polluter, rather than a dangerous driver.

“Technology needs to go hand in hand with social capital, and meet democratic expectations, not the other way around,” she adds. 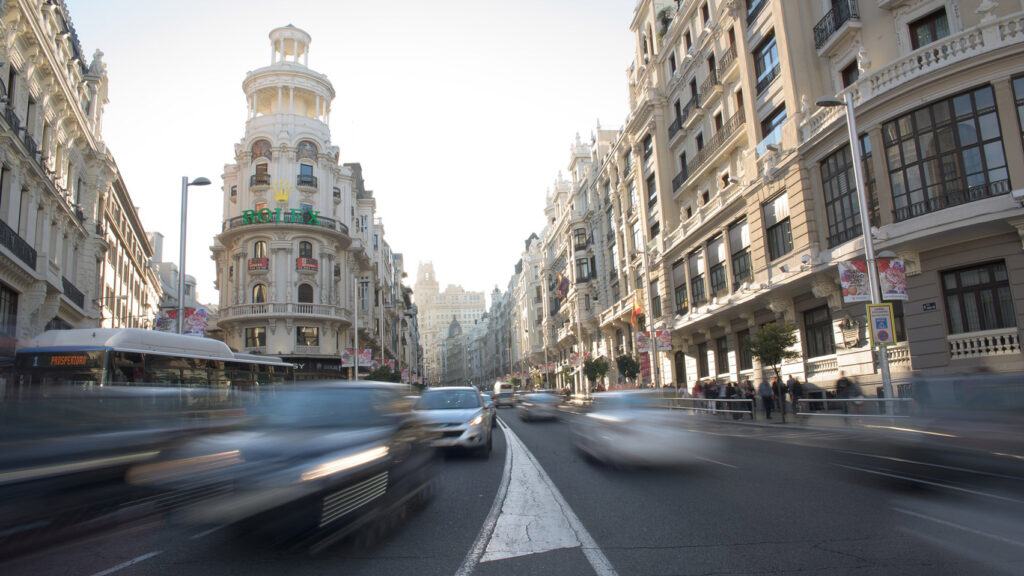 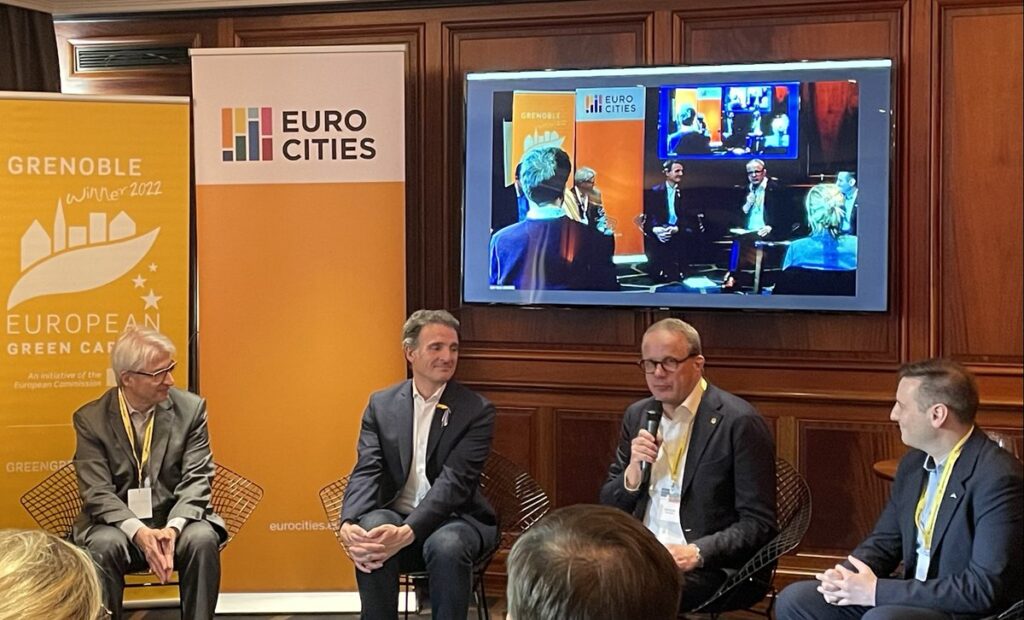